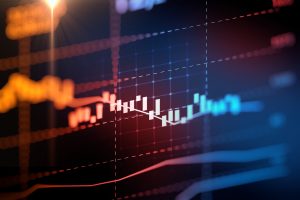 Until recently, the world’s largest investment management firm forced ex-employees to sign away their rights to potential whistleblower awards in order to receive employee separation package payments. BlackRock, Inc., which has 30 offices in 70 countries, was charged by the SEC and fined $340,000 for the illegal policy, which is alleged to have affected more than 1,000 employees.

BlackRock’s controversial policy, which the SEC alleged was retaliation for a new rule improving whistleblower awards, isn’t the only example of a financial firm attempting to discourage current or former employees from blowing the whistle.

If you work with a firm like BlackRock, it’s important to ask a few questions: How do whistleblower laws work? How have new regulations changed whistleblower incentives? And, when it comes to whistleblowers, what might firms do to prevent an employee from being a whistleblower?

Whistleblower incentives are intended to compensate whistleblowers for their risk

With the U.S. financial industry constantly growing in size and complexity, it can be difficult for financial enforcement agencies like the SEC to closely monitor every company that shows warning signs of illegal financial activity. In fact, many firms committing violations of federal securities laws use discrete and complex methods to hide and obscure financial transactions, meaning that it’s often impossible for an outside observer to see that a law is broken.

Accordingly, having an inside witness can be invaluable resource for the SEC. Not only can an effective whistleblower report on the situation deep inside a firm, but they can also often bring evidence such as computer files, recordings, paperwork, and other proof of financial wrongdoing to authorities.

Despite the ethical benefits of whistleblowing, it can be extremely dangerous to become a whistleblower, both personally and professionally. If discovered, financial industry whistleblowers may face termination, threats, slander, libel, or other malicious reputational damage, legal trouble, and effective “blacklisting” from the financial industry – making it nearly impossible for them to find another job in the field.

In light of this, the SEC has an entire office just for whistleblowers and offers to compensate them generously if the information they provide leads to a serious case, usually an amount between 10 and 30 percent of a fine when the fine exceeds $1 million. Recently, one SEC whistleblower was given a $5.5 million award for helping the SEC uncover ongoing violations of securities law at an unnamed firm. Since beginning the program in 2012, the commission has awarded more than $140 million to nearly 40 whistleblowers from across the financial sector.

It’s unknown why exactly BlackRock instituted its ex-employee whistleblower policy, but whatever BlackRock’s intentions, the policy was a clear violation of SEC rules. Specifically, SEC Rule 21F-17 prohibits firms from taking actions to impede an employee’s communications with the SEC.

It’s also important to note that this is not BlackRock’s first brush with SEC enforcement authorities. In 2015, BlackRock Advisors, LLC, a subsidiary of BlackRock, Inc., was charged for failing to disclose conflicts of interest to clients and fund boards. A BlackRock executive and fund manager had started a separate, family-owned company, which BlackRock later invested in, without informing BlackRock clients of the conflict of interest. BlackRock settled the charges and agreed to pay a $12 million penalty.

BlackRock is far from the only investment firm to attempt to neutralize the impact of the SEC’s whistleblower program by de-incentivizing participation. This January, Seattle-based financial services company HomeStreet, Inc. agreed to pay a $500,000 fine for implementing improper accounting practices and subsequently attempting to undermine potential whistleblowers.

According to the SEC, the firm told one employee thought to be a whistleblower that HomeStreet wouldn’t have to pay for his legal costs during the SEC’s investigation. Further inquiries showed that the firm, much like BlackRock, required ex-employees to sign documents giving up their right to receive severance packages and other employee benefits if they became whistleblowers.

While there’s no evidence that firms like BlackRock or HomeStreet tried to remove whistleblower incentives because they were attempting to hide illegal activities from the SEC, a repeated pattern of whistleblower intimidation may be a sign that your investment firm is up to no good.

While we don’t know exactly why these firms created these policies, secrecy may not be the best quality to look for in an investment firm. In some cases, a secretive firm culture could be an indication of a bigger problem like fraud, embezzlement, or insider trading.

If you’ve lost money due to fraud at a firm that tried to remove whistleblower incentives, or one that engaged in activities prohibited by the Financial Industry Regulatory Authority (FINRA), you may be able to recover some or all of your losses. To see if a firm you’ve invested in has been charged by the SEC, visit the SEC Newsroom and review FINRA’s BrokerCheck reports.

The attorneys at Silver Law Group are leaders in the field of securities law and regulation. Scott Silver is the current chair of the American Trial Lawyers Association Securities and Financial Fraud Group and we represent securities industry employees and other individuals in SEC whistleblower claims.

Our services are provided on a contingency-fee basis, which means we are only compensated if there is an award by the SEC Office of the Whistleblower. Contact us for a complimentary consultation about your situation.