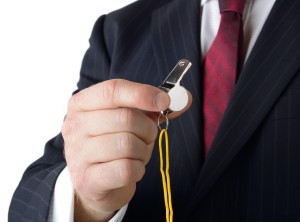 The Securities and Exchange Commission paid $3 million to a whistleblower on July 17, 2015 under the Dodd-Frank Act, which became law in July 2010. The act protects whistleblowers from retaliation from their employers and guarantees them an award from the SEC and/or the U.S. Commodity Futures Trading Commission (CFTC) for providing information about a potential violation that leads to “the successful enforcement of a covered judicial or administrative action, or a related action,” according to the Federal Register.

According to Andrew Ceresney, director of the SEC’s Enforcement Division, the whistleblower protections outlined in the act are effective in helping to uncover fraudulent schemes that may have otherwise flown under the radar and potentially affected more people and caused greater damages.

Sean X. McKessy, chief of the SEC’s Office of the Whistleblower, said this result exemplifies the way the SEC intends to handle all successful whistleblowing by rewarding those who offer high-quality information.

Its effectiveness is evident in cases like this, where the whistleblower has remained anonymous – and therefore protected – and has allowed the SEC to enforce its regulations when they may not have discovered the violations otherwise.

The whistleblower programs allow payouts from 10 to 30 percent of the sanctions from enforcement, but there is a staff to determine how much will actually be paid in each situation. According to the SEC, the award actually may have been greater had the whistleblower come forth sooner, claiming that the delay in reporting was “unreasonable,” but the illegal action may have begun prior to the passing of the Dodd-Frank Act, so they granted the whistleblower more leniency in this case.

According to a Law360 press release, since the passing of the award program, the SEC has paid 18 individuals while the CFTC has awarded one. The most recent award was the third largest so far, following a $4 million award in 2013 and a $30 million award in 2014.