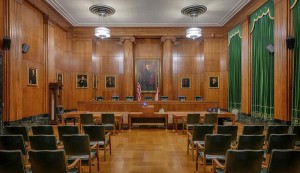 The Second Circuit of Appeals contributed to the ongoing battle over the definition of a whistleblower September 10 by remanding a workplace retaliation case dismissed by a lower court in 2014.

Daniel Berman reported an alleged violation within his corporation before reporting it to the SEC, allegedly resulting in his termination, according to Law 360. Berman, a former financial director at Neo@Oglivy, sued the marketing firm and its parent company, WPP Group USA, Inc., in January 2014.

The lower court dismissed the case in December because of a supposed ambiguity in the Dodd-Frank Act’s anti-retaliation provision, stating that his case was not valid because he did not report the allegations to the SEC until after his firing. In August, the SEC issued an interpretive rule stating that all whistleblowers are protected from retaliation regardless of whether they report the alleged violation to the SEC or just within their company.

The 2-1 decision by the appellate court could be in conflict with the 2013 decision of the Fifth Circuit Court of Appeals that the language in the Dodd-Frank Act is “unambiguous” and requires a whistleblower to report alleged violations to the SEC in order to be protected from retaliation.

In remanding the case back to the lower court, the lower court must now hear the case and make its decision, but the appellate court’s decision does not provide a definite answer, and thus, there is still a long road ahead for this case and others like it. Those in favor of more whistleblower protections will likely side with the SEC and its interpretive rule, while corporations looking after their own interests will likely look for the lower court to decide against Berman, following the lead of the Fifth Circuit Court.

Meanwhile, it is still unclear whose word takes precedence in the long run: the SEC’s or the Fifth Circuit’s? Even with a clear decision made by a lower court, the word of both the appellate court and the SEC hold more water, and for the time being, the two remain in conflict.

A whistleblower claim to the SEC or CFTC can be complex with many decisions which must be made by the whistleblower. Our attorneys, including former SEC counsel, David Chase, have significant experience representing Wall Street professionals and others in employment disputes.